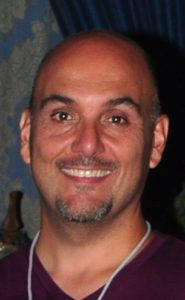 Originally from Kearny, New Jersey, Mr. Guillen has been a music educator for over 30 years. He received his Bachelor’s Degree in Music Education from Kean University of New Jersey in 1989 and his Masters Degree in Music Education from Western Connecticut State University in 2002. From 1989 to 1997, he was director of bands at Central Regional High School in Bayville, NJ, growing the small program there into a two-time state and regional marching band championship and a state jazz ensemble finalist. In 1997, Mr. Guillen joined the music faculty at Arlington High School in the Arlington Central School District, located in LaGrangeville, NY. His current responsibilities include serving as the district’s K-12 Music Department Coordinator and High School Director of Bands. Beginning in 2012, Arlington’s comprehensive music program has been named as one of NAMM’s Best Communities for Music Education in the U.S.A. every year.

Concert, marching and jazz ensembles under Mr. Guillen’s direction consistently receive the highest awards and accolades. His Concert Bands have been awarded several NYSSMA “Gold with Distinction” ratings. The Arlington High School Wind Ensemble, under Mr. Guillen’s direction, has performed at Carnegie Hall two times and has performed in a side-by-side concert with the West Point Military Academy Band. Arlington’s top Jazz Ensemble, the Arlington Jazz Machine, has won the prestigious Berklee Jazz Festival 4 times and placed in the top 3 every year since 2007 as well as placing 2nd at the Mid-Atlantic Jazz Festival in 2018 and returning to the MAJF in 2019 to take 1st place. As the director of the Arlington Admiral Marching Band from 1997 to 2005, the band was crowned NY State Champions, was a two-time Musical Arts Conference Grand Champion, a 3-time Bands of America Regional Finalist, and a Bands of America Grand National Semi-Finalist.

Mr. Guillen is also very active as a freelance arranger, composer, clinician, guest conductor and program consultant for marching, concert, and jazz bands. His marching band and drum corps arrangements have been a part of several state, regional, and national championship programs. He is a frequent guest conductor for regional and county honor bands and jazz ensembles. In the 1980’s, Mr. Guillen was a marching member of the DCI World Champion Cadets and the DCA World Champion Sunrisers Drum and Bugle Corps. He also served as program coordinator, brass arranger, and brass caption head for the Sunrisers from 1994 to 1999 and in 2007. Mr. Guillen has been a music adjudicator for DCA since 2001. In 2009 he was appointed Brass Caption Judging Supervisor for DCA and has held that position since that time. Mr. Guillen has been a freelance marching band adjudicator since 2007 and has also judged for US Bands, the Musical Arts Conference (MAC), Indiana State School Music Association (ISSMA), Kentucky Music Educators Association (KMEA), Cavalcade of Bands, the New York State Field Band Conference (NYSFBC) and Cavalcade of Bands (COB). He currently resides in the town of LaGrange, NY with his wife and their four daughters and feels truly blessed.