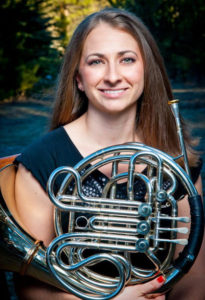 Selena earned her Doctor of Musical Arts degree at the University of Colorado, her Master of Music Performance degree at Indiana University, and her Bachelor of Music Education degree at Furman University.  A passionate music educator in the world of marching arts, Selena has previously worked with the Jersey Surf and Oregon Crusaders.  She currently teaches on the brass staffs of the Cadets Drum & Bugle Corps, the Stevenson University Marching Band, and the United States Naval Academy Drum & Bugle Corps.